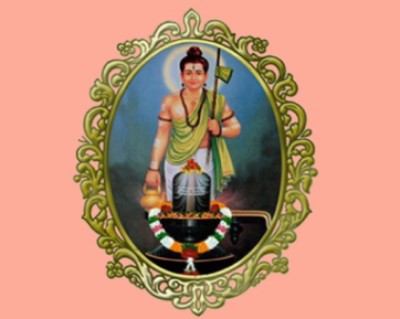 Veerasaivism Whether Shaivism and Virasaivism are same or different?
Among many forms of Hinduism, the Shaivism and Virasaivism are two leading religions. However, at times many devotees and followers tend to get confused with the subtle differences between them, which are critical. They are DIFFERENT from one another, although they worship Shiva as their deity. A sincere and humble effort has been made here below, to clarify and distinguish the differences between Shaivism and Virasaivism. What is Shaivism?
India is a fertile land for development of many socio-cultural practices, philosophies & religions. It has given birth to many religions like Shaivism, Veerasaivism, Sikhism and Jainism. Shaivism encompasses the traditions of Hinduism that focus on the deity Siva. Siva symbolizes eternal principle or force that is responsible for the creation, sustanence and destruction is Parashiva is primordial, without form and all pervading. The symbol of this all pervading energy is Sthavara ling ( Linga at a perticular place and is in form). It is this Saivalinga that is being mainly worshipped by the devotees. Those devotees or followers of the tradition are called Shaiva(s) or Shaivite and they worship Shiva as the supreme God. The devotees of Shiva wear sacred ash on their foreheads and other parts of their bodies with reverence, which came to be used as a sign of Shaivism. The Sanskrit words Bhasma or Vibhuti can both be translated as sacred ash and also wear Rudraksa or Rudraksa mala.
Origin of Shaivism
The worship of Shiva is a pan-Hindu tradition, practiced widely across many parts of South Asia, especially India, Nepal and Sri Lanka.
The worship of lord Shiva can be traced to Vedic period. Satarudriya of Yajurveda is the best example for this. There are many evidences for the existence of Saivism in ancient period in Harappa and Mohonjodaro civilizations. Ancient Saivas are found in holy places such as Kasi, Kedara, Srisaila, Ramesvara, Gokarna etc, which reveals the antiquity of Saivism.
Philosophy of Saiva school follows the Veda and Upanishads. But these are not considered as sources of Saivism. 28 Agamas, Periyapurana, Tirumurai and Tamil literature of Saiva saints are the main sources of this school. It is not yet possible to say definitely how many Saiva sects used or produced Agamas. One is inclined to suggest, very tentatively, a division of mediaeval Saivas into two groups as under:

Agamas are a set of 28 books written in Sanskrit. Agamas have directly come from Parasiva. It is these, which constitutes the Philosophical doctrines. There are twenty-eight Agamas. In the earlier portions of Agamas, Saiva Philosophy has been propounded and in the later portions Virasaivas Philosophy has been propounded.
Shivayogi Shivacharya has written this in the books. In those, Agamas are ten and Rudragamas are eighteen.
Ten (10) A gamas are as follows: 1. Kamika,
2. Yojaga,
3. Chintya,
4. Suprabheda,
5. Amshuman,
6. Deepta,
7. Karana,
8. Ajita,
9. Suksma and
10. Sahasra.
Eighteen (18) Rudragamas are as follows:
1. Vijaya,
2. Parameswara,
3. Nhiswasa,
4. Prodgita,
5. Bimba (Mukha Bimba),
6. Siddha (Bindu Siddhi),
7. Santana,
8. Narasimha,
9. Chandrajnana,
10. Bhadra Sarvatman,
11. Swayambhuva,
12. Raurava,
13. Mukuta,
14. Kirana,
15. Lalita,
16. Agneya,
17. Sourabheda and
18. Vatula.

In this way, the names of the Agamas have been mentioned in the scripture called Kriyasara. But in the scripture called Tantraloka, there are some other names as follows: (Agneya, Sourabheda, Narasimha and Bhadra Sarvatnam  instead of these names, the following have been mentioned: Anala, Vira, Vimala and Sarvottara.
Let us shortly understand the meaning, context and significance of Virasaivas, under the section entitled Virasaivism, which is distinct religion by itself and not a branch of Saivism.

What is Virasaivism?
Virasaivism is one of the leading religious philosophy in India, which is propounded by Renukacharya. Virasaiva is Sanskrit word, where `Vi represent harmonious feeling of oneness of the individual (self or atma) with that of `Para (divine universe or paramatma) at the source. `Ra indicates getting immense pleasure from that union of self with the universe. `Saiva is person or devotee who worship Shiva or his form as Shivaling or `Istaling. In yogic context, `Vira refers to persons who are capable of getting this type of highest pleasure and they must be brave. The origin and meaning of terminology `Virasaiva is clearly depicted with all its sensitivities, in Siddhanta Shikhamani-which is holy scripture return by Shivayogi Shivacharya as follows Visabdenochyate vidya jivaikya bodhika
Tasya ramante ye Saiva Virasaivasstute matah

-Siddhanta Shikhamani- 5:15
Of late term `Lingayat' (in Kannada) is used to refer to the people belonging to the Virasaiva religion, especially in Karnataka but `Virasaiva' is more meaningful and appropriate terminology, which is widely used by `Maths' (Virasaiva temples) and `Mathadipathis' (Seers or Pontiffs,who head the Maths). In this context, it is significant to recollect here that `Shri Kumara Shivayogi' of Hangal (Dist. Haveri, Karnataka) was instrumental in forming `Akhila Bharatiya Virasaiva Mahasabha' and nurturing it to bring the unification among Virasaivas.

Origin of Virasaivism
The Mysore Gazetteer Volume-I (1927) has given the explanation regarding Virasaivism. as  Virasaiva community comprises a large number of castes and tribes from the Brahman downwards which has during the course of ages come under the influence of the religion known popularly as Lingayata or Saivacara . The more accurate name for this religion is Virasaivas , which is both the older and the more authoritative one for it. The religion of is, as we have already seen, an ancient one. The term Virasaiva literally means a champion of the notions and practices of the Saiva s and is ordinarily used to describe one who wears the Linga on his body (Cf. Basava Purana, 3, 49; 25,26; 50,43). Virasaiva religion comprises a spectrum of castes and tribes, who worship lord Shiva in various names and forms (please refer Mysore Gazetteer definition again). But unfortunately, few scholars and even some people with good intentions are under the wrong impression that Virasaiva religion is something like a branch of Saiva religion. In other words, Virasaiva is an independent religion having is own identity, lineage and preachings. Parameswara Agama clearly provides the exact evidence for origin of Virasaiva religion. As per the orders of Parasiva , Virasaiva religion is a pre mordial ( anadi ) one. But Saiva religion is said to be having an ancient ( Adi) , which means, it has a beginning. Then, the next natural question would be this: How can an anadi religion come from something, which has a beginning? The obvious answer is this: `The Virasaivas religion is a separate religion. It has not branched out from any existing religion'. From all these interpretations, it can be definitely said that Virasaivas religion is a separate and independent religion. It is not something like a branch of any other religion, especially Saiva religion. Not only that, it is the best of the seven Saivas . This matter has been mentioned in Parameswaragama and it is as follows:
Virasaivasm tathanadhi Saivamadipadam tatah |
AnuSaivam mahaSaivam yogaSaivam tu sasthakam ||
Parameswaragama Pratham Phatal Sloka :16
Further, Virasaiva religion has a theory of its own and is referred to as Sakti Visistadvaita . From Philosophical point of view, for a scripture is to be reckoned as a great one, the knowledge of metaphysics and epistemology will have to be properly assimilated. It should include ethics and aesthetics, then only it becomes a widely acceptable religion, not just that it also becomes a highly rational religion. From such dimension, Virasaiva religion enables its followers to identify the truth from the false, the reality from the illusion, etc. Such new meanings have also been given by the modern and contemporary western Philosophers. Siddhanta Shikhamani clearly explains all the important doctrines of Virasaivism . They are established religious doctrines, the various rules of conduct to proceed along the correct spiritual path. Besides, it clearly tells about the final aim of any spiritual doctrine and that is nothing but attaining Moksa . This book gives total knowledge regarding the paths of devotion ( Bhakti ), knowledge ( Jnana ) and action ( Kriya ) and in that process, it propounds the doctrine of Sakti Visistadvaita.